About three months ago I got a message from Rebecca saying she'd just come to the Lakes and was wondering if I needed a model. I am always needing models and was very keen to work with her but the day before I had moved down to Bath to start a new job!

So yeah,  I've started a new job as a house parent at a boarding school and I'm in my second term now. It's great but doesn't leave me much time to do my own photography so as soon as the summer holidays started I contacted Rebecca who was still in the Lakes and 5 days later we were shooting in a wood in Kendal.

I've always loved masks.. theres something very creepy and beautiful about them. One of my favourite shots I ever took was Depravity with the donkeys head. I've been keeping an eye out online for anything similar to that "mask" but I think it was pretty much a one off find so I set about making my own masks for the shoot. I had a wicker man theme going on in my head so I wanted the masks to look slightly creepy and homemade. 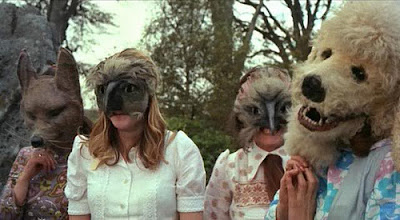 And that called for Papier-mâché...


I did the fox one first and then decided to try the rabbit which proved a more difficult beast but I got there (after wanting to throw it across the room a few times!)


I was going to paint the masks but after rifling through the home craft closet (yes its enormous), I found lots of pieces of material which would do the trick and make the masks a little more interesting.

I met Rebecca in the afternoon and we went to Serpentine Woods in Kendal to shoot. I walk my dogs there quite often and the last time I'd been there I had kept an eye out for good photo locations.

Along the way we did some pretty shots too: 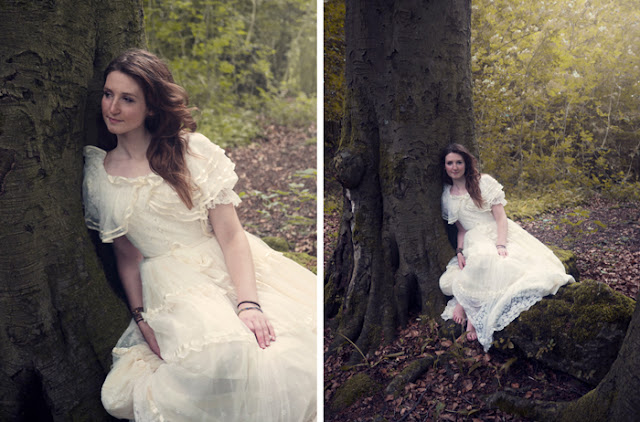 Rebecca was so much fun to work with and was up for my slightly random ideas. Its always great to meet someone and say "can I put you barefoot in a forest in a wedding dress with a creepy mask on holding an axe?" and for them to go "Yeah!!".

I want to make this more of a series. Need to get making more masks at some point!